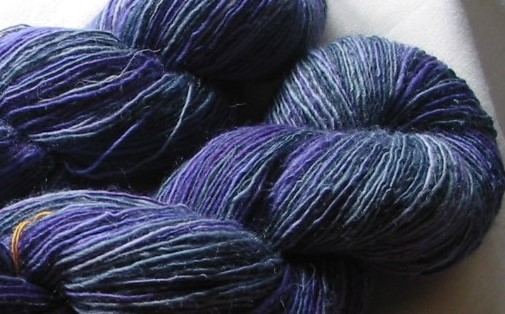 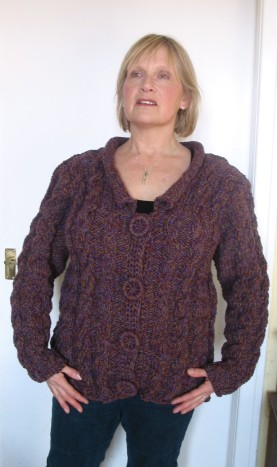 It hardly seems a whole year since Woolfest 2016, and here it is fast approaching again. I am busy spinning, dyeing and preparing my yarns, patterns, samples and Dorset Buttons for my stand D91 on 23rd/24th June. I have lovely new colours and blends in my yarns,all natural fibres and lots of new buttons, in new colourways to enhance any project you make. Patterns for beautiful knitwear and made up samples of some of those patterns. Looking forward to seeing you next month

I can be contacted through the contact form on my website to answer queries or discuss an order.

Many of my yarns can also be found at Kathy’s Knits, 64a Broughton Street,Edinburgh, if you are in the area.

I look forward to being at Woolfest again next year.

As is evident from all of today’s WOVEMBER posts, one of the core aims here is to recognise that the word WOOL refers to the fibre, yarn or fabric derived from the fleece of THE SHEEP; it does not refer to the fleece of other animals nor to fibres derived from petrochemicals or plants.  Tonight’s Friday Night Vi-EWE-ing illustrates the mis-use of the term wool with some fantastic examples from British Pathé. Louise investigates.

As a child my mam and nannie were machine knitters and I grew up surrounded by a lot of wool, but in reality it was not wool.  For the most part it was acrylic yarn, or a blend of wool and acrylic, often referred to as “Scotch”.  I am not quite sure how old I was when I realised that wool and yarn were two different things.

Of course, now I am patently aware that wool…

Today’s WOVEMBER WORDS come from James Rebanks whom many of you may know on Twitter as @herdyshepherd1. TEAM WOVEMBER have been following James for years now and his Twitter feed is surprising, delightful, educational and real. James published a book this year entitled ‘The Shepherd’s Life‘ which has been extremely well-received for its engaging depiction of life as a shepherd in the Lake District. Today for Harvesting Wool we share a section in which James describes the work involved in shearing sheep.

Dad’s T-shirt is wet with sweat. He straightens his back occasionally as if it aches. He catches the sheep from a pen, and turns it with a twist of the neck over her leg, on to its bum. A hand reaches up and pulls the shining rope that starts the…

WOVEMBER would be nothing without the knowledge and support of our honorary member of  TEAM WOVEMBER, SUE BLACKER and we are delighted that she has agreed to write some more this year!

Given that the KnitBritish Breed Swatch-along is running alongside WOVEMBER this year and that participants are discovering such a lot about the characteristics of wool – which goes way beyond the initial hand-squish-grab of the ball in the shop – LOUISE was keen to ask Sue about her favourite single-breed yarns which are worth swatching to discover their qualities and longevity as a knitted fabric.

Sue with her Gotland sheep This WOVEMBER people are participating the the Breed Swatch-along and are looking beyond the thoughts of the initial feel to discover the individual characteristics of each breed wool. By test driving swatches and repeating the wash, block and wear process we are discovering how the wool fabric changes, what it…

For today’s WOVEMBER WORDS we examine a 1596 document by Leonard Mascal, as it is introduced by Barclay Wills in his own fantastic tome, ‘Shepherds of Sussex’. Words from both ‘Government of Cattel’ and ‘Shepherds of Sussex’ indicate the unchanging aspects and long history of much of the work involved in Growing Wool and it is interesting to note the old spelling of Shepherd: “Shepheard.” 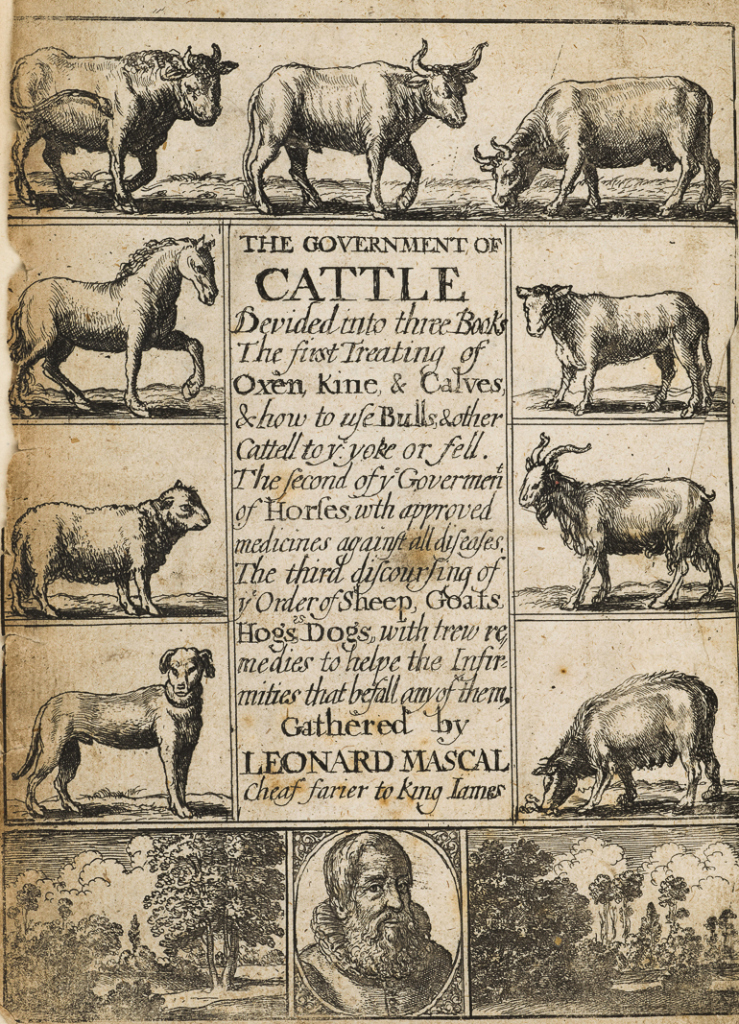 In 1596 Leonard Mascal published his Government of Cattel, one section of which was devoted to sheep. The author was a member of an old family settled at Plumpton, Sussex, and although no mention of the county appears in his book on sheep some extracts are quoted here, for among his notes and instructions on the managemenet and doctoring of sheep a few passages suggest that many of the scenes so familiar to us in these days are repetitions of those in vogue nearly…

An extra WOVEMBER post today with an important announcement. 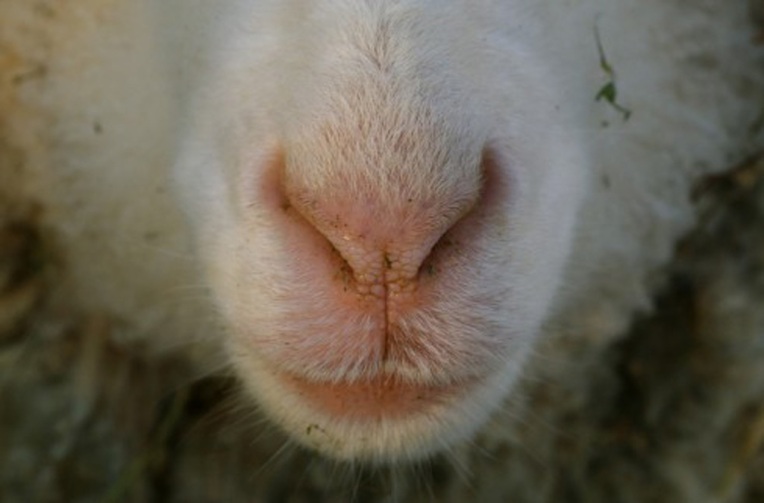 YOU HAVE ABSOLUTELY GOT IT ON THE NOSE THIS WOVEMBER!

We asked you for your WOVEMBER contributions this year and we have had such an incredible response to our call for submissions. We have been OVERWHELMED with woolly contributions and, staggeringly, we have now come to the stage where we have to say that we are unable to accept any more contributions for WOVEMBER 2015!

As Felix mentioned in our opening post, it is mainly the two of us running proceedings this year and the superlative, well researched and well-written contributions we’ve received –  with 100% WOOL at the core – are enriching our content, spreading the WOVEMBER word and are really engaging. We cannot thank you enough for your contributions and your deep love of wool – thank you so much for sharing this with us.

If you have been…

This is good news

From NEW 3D WEAVING in the last post to AN OLD WEAVING TRADITION getting a new life.

I am no Luddite, and I don’t actually know what the Hattersley Domestic Loom, used by Harris Tweed Weavers looks like, but I was thinking about the fact that I came across both these articles at the same time, and I chose to feature the NEW over the OLD first, and that weaving as a commercial enterprise, such as HARRIS TWEED has a long history.

Luddites were the original movement that objected to the “new commercial looms” in the late 1700’s – I vaguely remember from my school history lessons on the Industrial Revolution.

Would someone like to contribute an INFORMATION SHEET (i/sheet) on the topic?

Copied verbatim from the Herald Scotland – you can see the original newspaper article HERE. 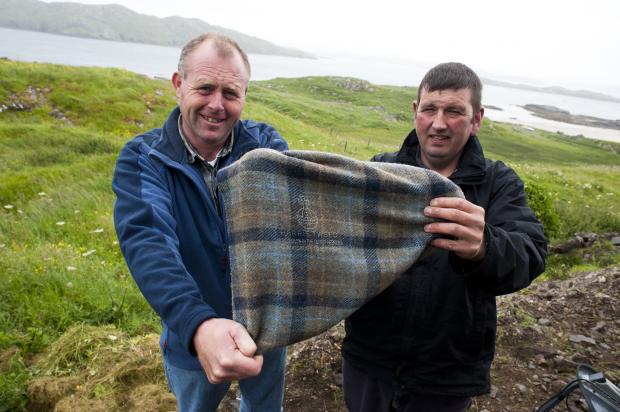 It is worn by…